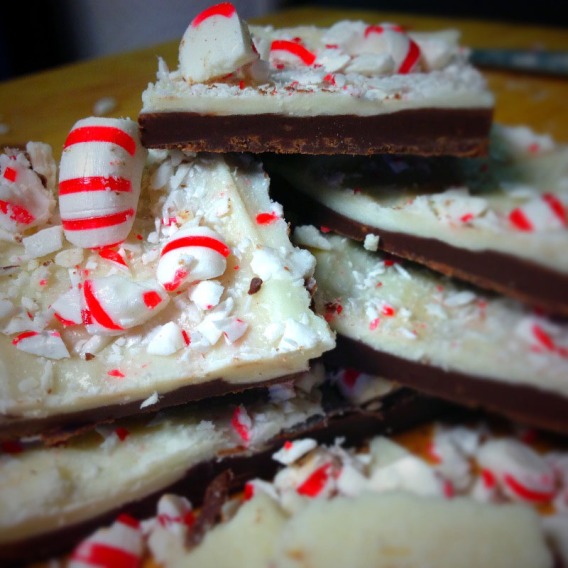 This hardly counts as a recipe but I am posting it anyway.  I made this stuff to bring as gifts to the various folks that hosted me over the holidays.  Among those I had the great pleasure to see this season was the always outrageously warm Mahoney family.  Mark Mahoney is a fellow Boston transplant and, quite possibly, the single coolest person on Earth.  The hospitality this entire family extends feels like a bear hug & I have been lucky enough to be embraced this way on several major holidays – including this Christmas eve.  Here is a peek into the kindness & cool Mark offers at his tattoo shop up on the Sunset Strip.

Anyway – to make the brownies – I just used a boxed Ghiradelli mix.  I then tried to top them with white chocolate (simply white chocolate chips melted down in a double boiler with a drop or two of peppermint extract added and maybe a tablespoon of oil). 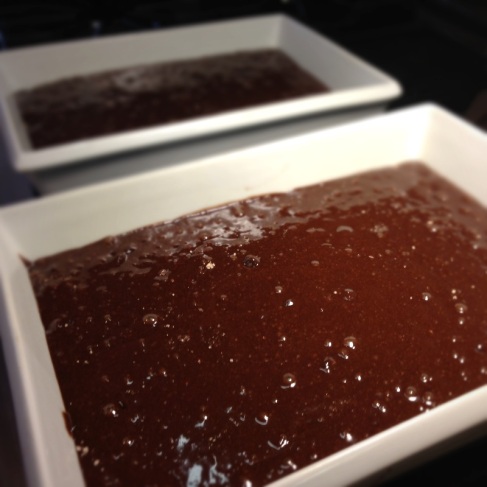 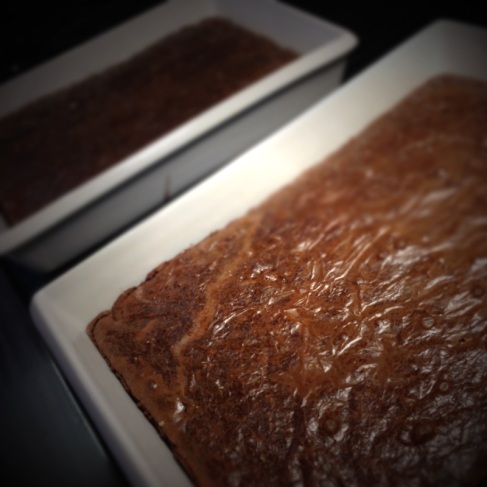 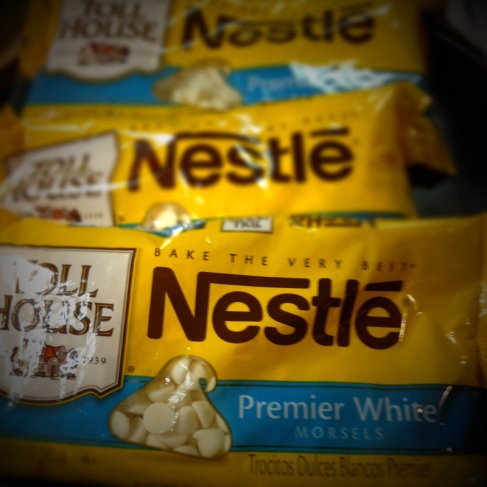 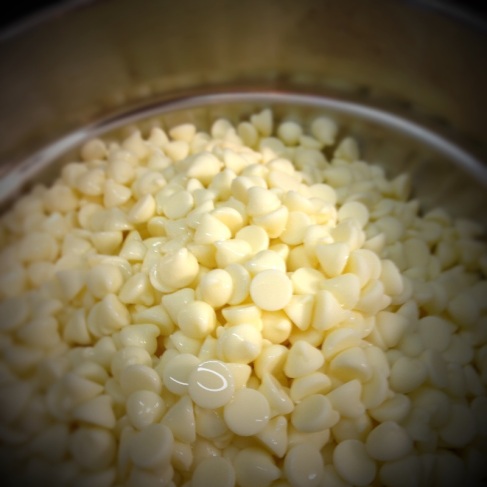 Unfortunately – I attempted this before the brownies had cooled sufficiently & the white chocolate sorta just ripped the tops off the brownies & made a bit of a mess.  This was exacerbated by the fact that I had deliberately under-cooked the brownies so that they’d be extra moist.  Some finagling got a decent portion of brownie topped with white chocolate & I then pressed peppermint candy (that I had crushed in a zip lock bag with my rolling pin) into the chocolate.  In the future – I recommend using a white frosting blended with a drop or two of peppermint.  The white chocolate was a hassle. 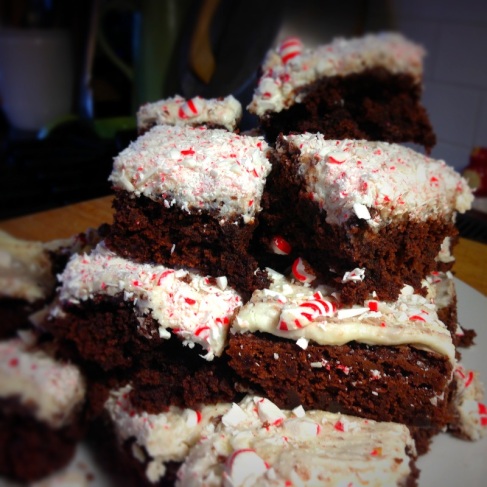 As to the almond & peppermint bark – all I did was toast up some almonds in a dry pan & then crushed them a bit in a bag using my rolling pin. 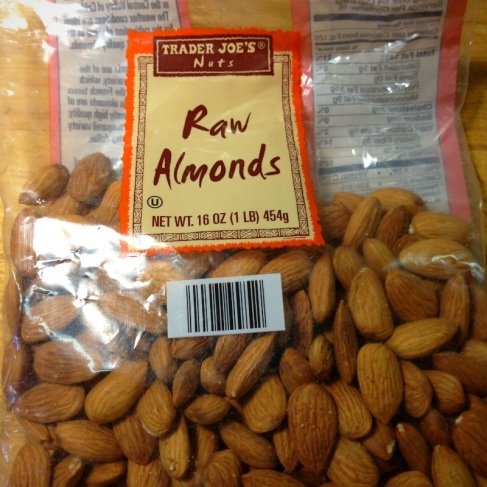 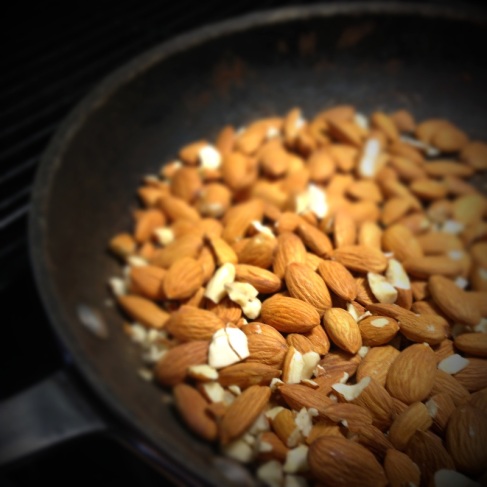 I melted chocolate chips (like 3 pounds!) in a double boiler with a little (a TBS?) of oil. 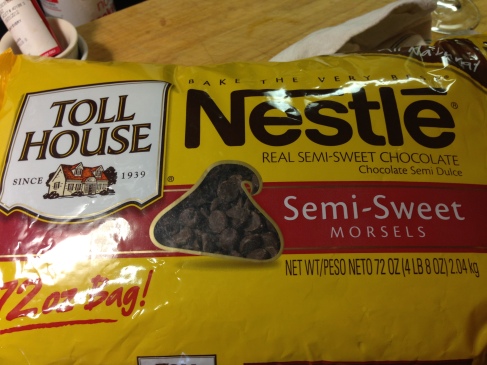 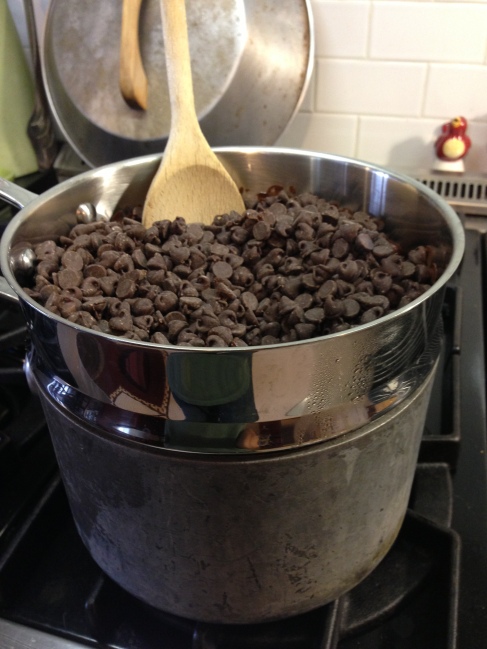 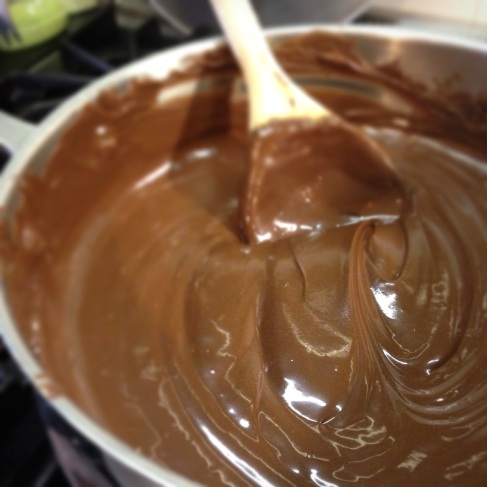 I mixed some of the chocolate with the toasted almonds & used a spatula to spread it on a nonstick pizza pan & put it in the fridge until it set.  Then I simply lifted it from the pan & broke it up – or cut it – into chunks. 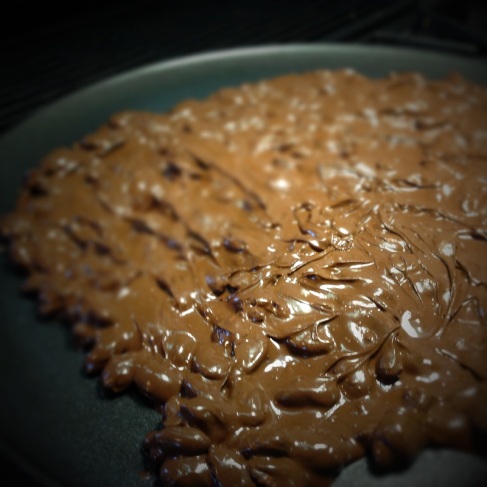 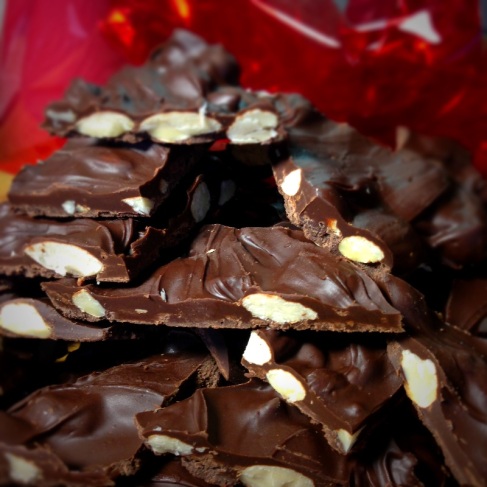 For the peppermint bark – I set out some wax paper & then spread melted chocolate on it. 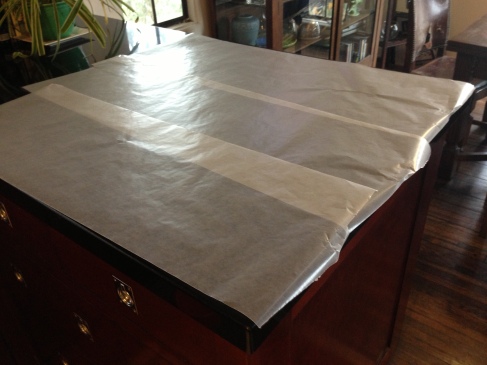 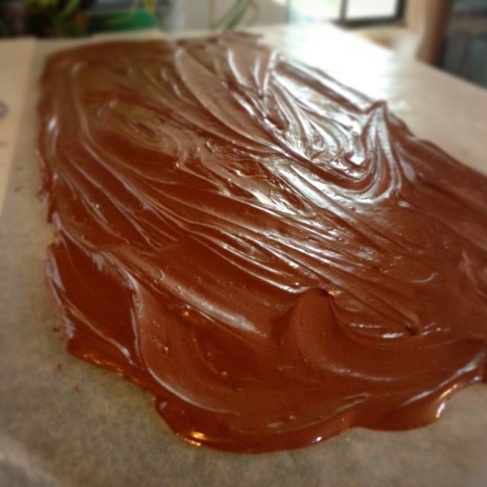 I don’t like white chocolate so I pressed some crushed mints into a portion of the chocolate & let that set.  When this was cooled & set, I layered melted white chocolate (with peppermint extract) on the portion I had not put crushed candy on & then pressed crushed mints into that portion.  I let that cool completely & then either broke or cut it all up into pieces. That’s all there is to it.  You could add other nuts or marshmallows or whatever to your chocolate.  Easy peasy! 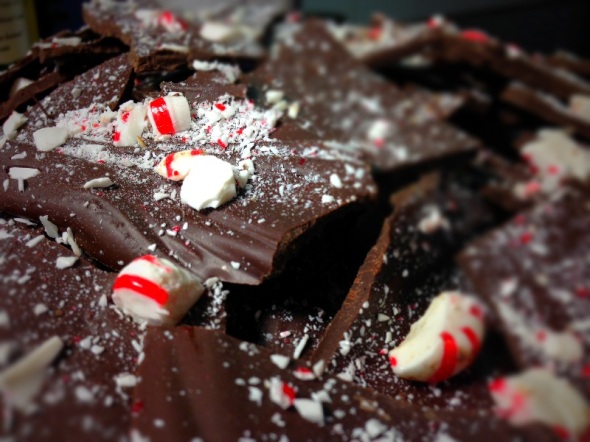 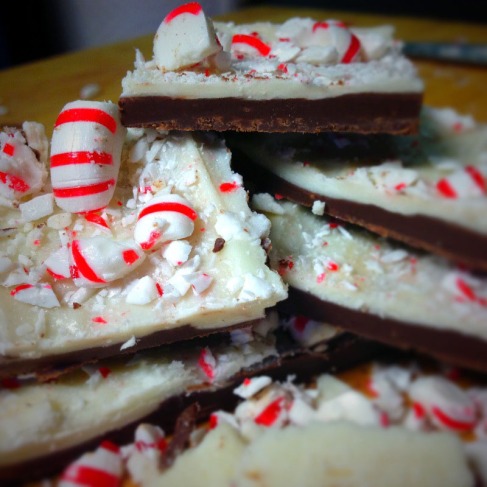 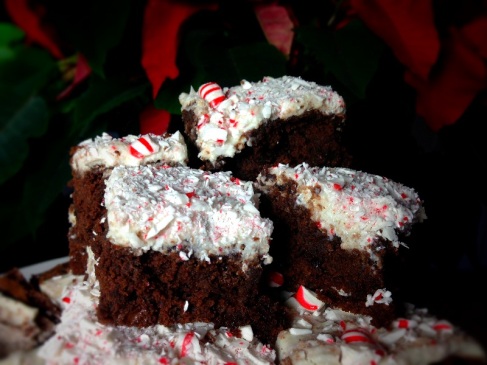 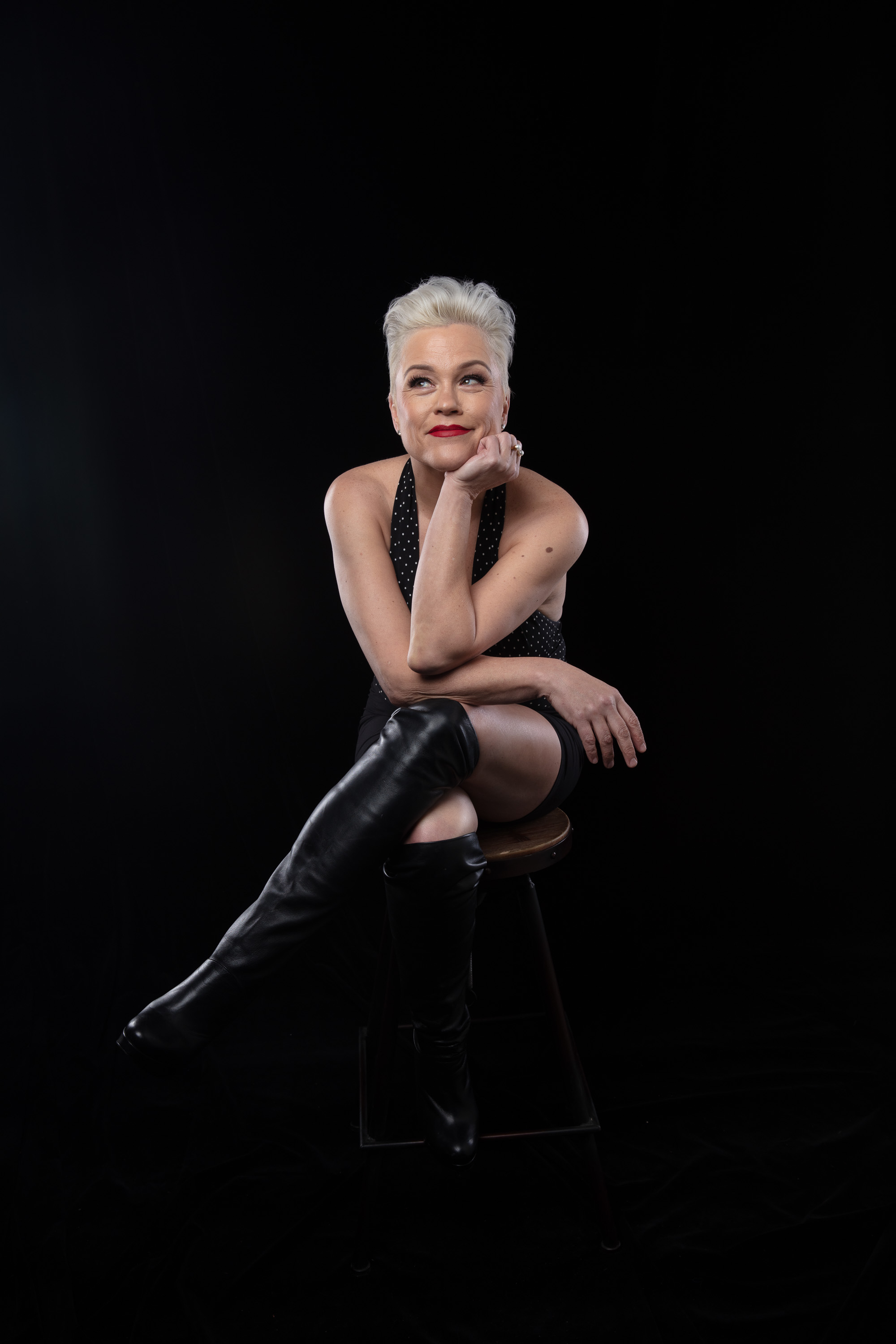 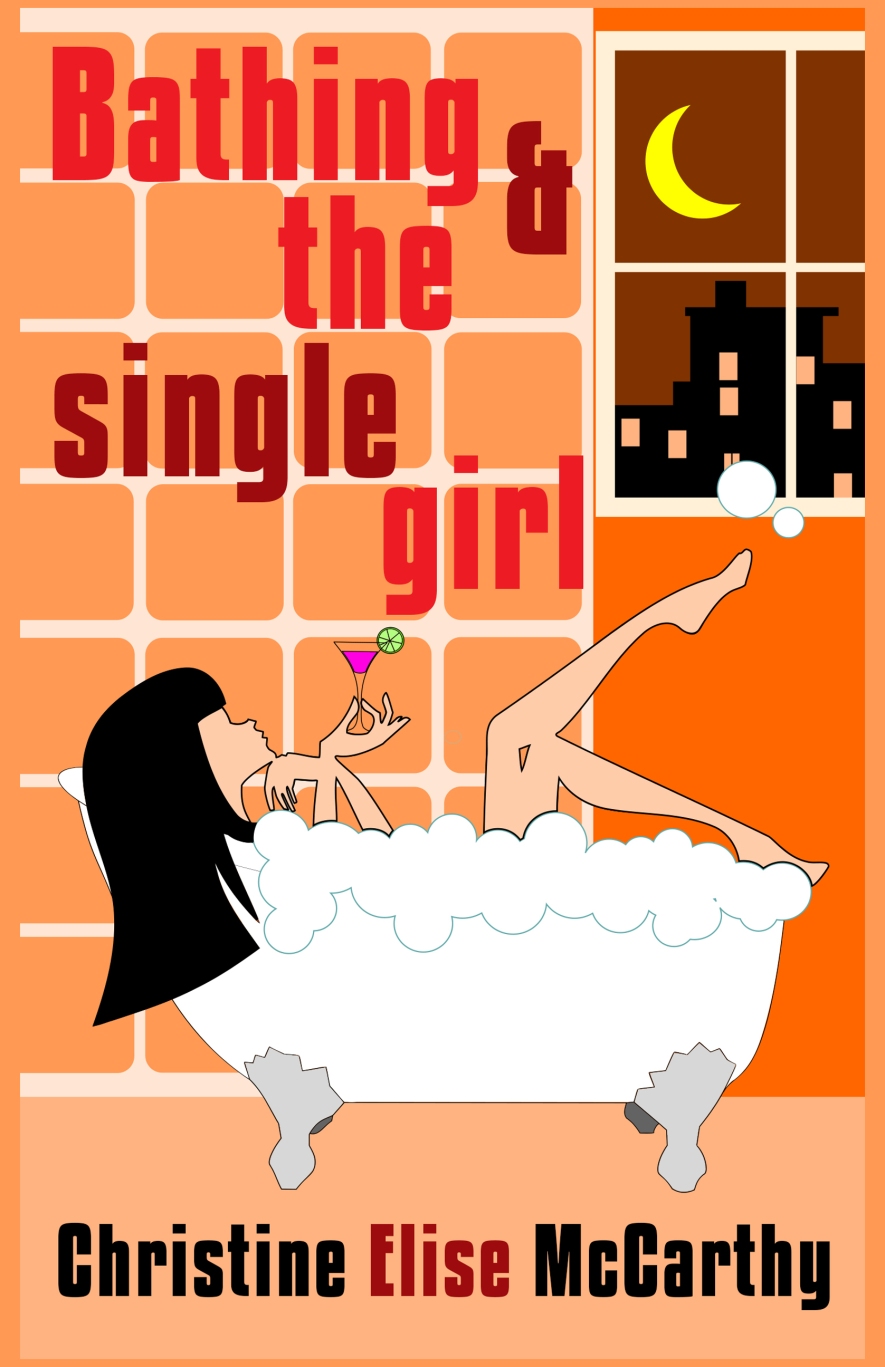 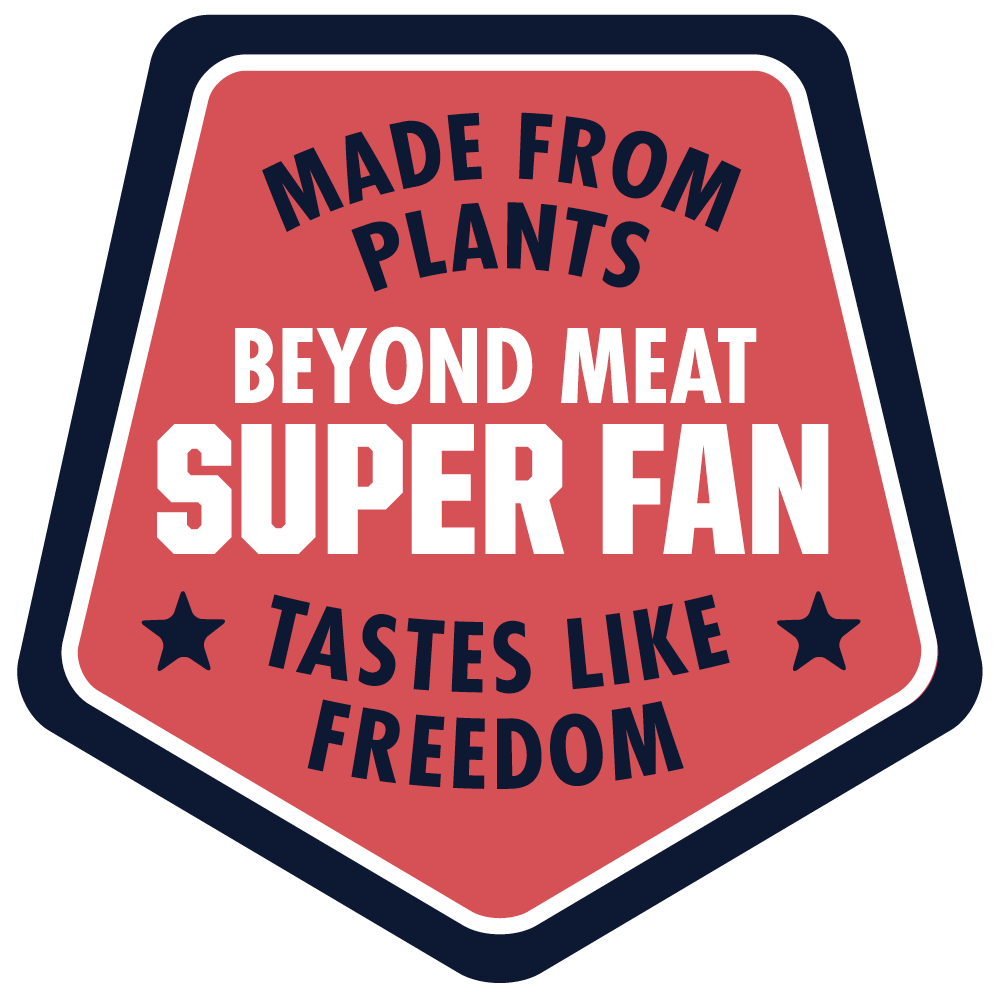