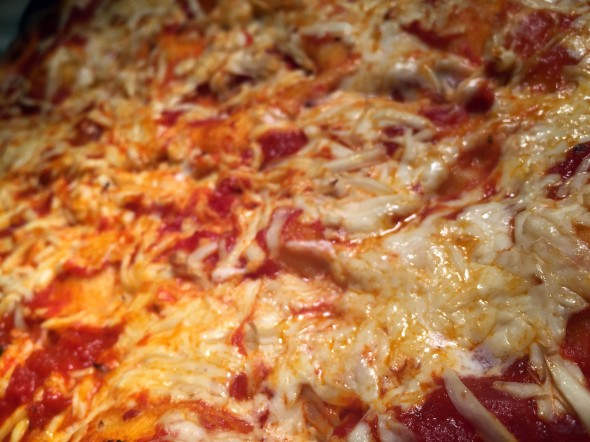 My quest for a truly successful mozzarella has only just begun & I think I found the easiest & best already – see above!  I posted the one below a few days ago & that post is HERE.  The gist of that post is this: It was, indeed, very easy & the visual – as you can see is very convincing.  The texture – when cold – isn’t bad, either.  My only issue was that there was a tang to it – that was a result of using yogurt as the base.  The tang wasn’t overpowering or unpleasant, in and of itself, but the overall impression it gives one is that they are eating mozzarella that has soured a bit.

It worked fairly well on pizza & the sour flavor became unnoticeable and it softened quite a bit.  The texture is really a bit closer to ricotta, though, so this version below might be better suited to things like lasagna. 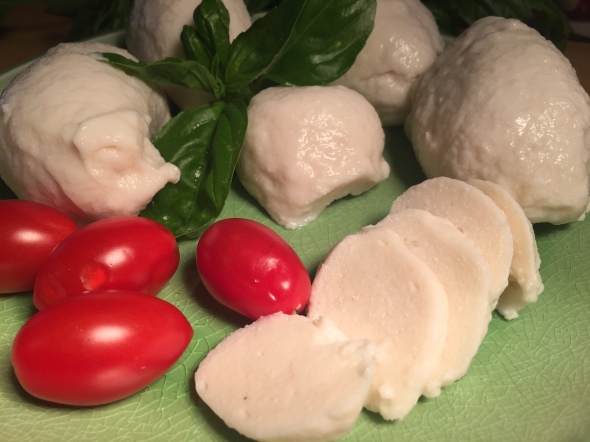 So – while I considered that buffalo mozzarella a success – it wasn’t perfect – so, I tried THIS one by Living My Pinterest Life – seen below.  This version came together more quickly & the only thing you might not have ready access to is the agar flakes.  I happened to have agar agar powder – not really sure what the difference is but the agar agar powder worked perfectly.  I got it at TJ Maxx in their “random kitchen shit” section – but your supermarket might carry it in the spice aisle.  Or buy some online.  Whatever you do – TRY THIS CHEESE!  It tastes GREAT naked.  Living My Pinterest Life said they thought it tasted like tofu but mine did not.  At all. 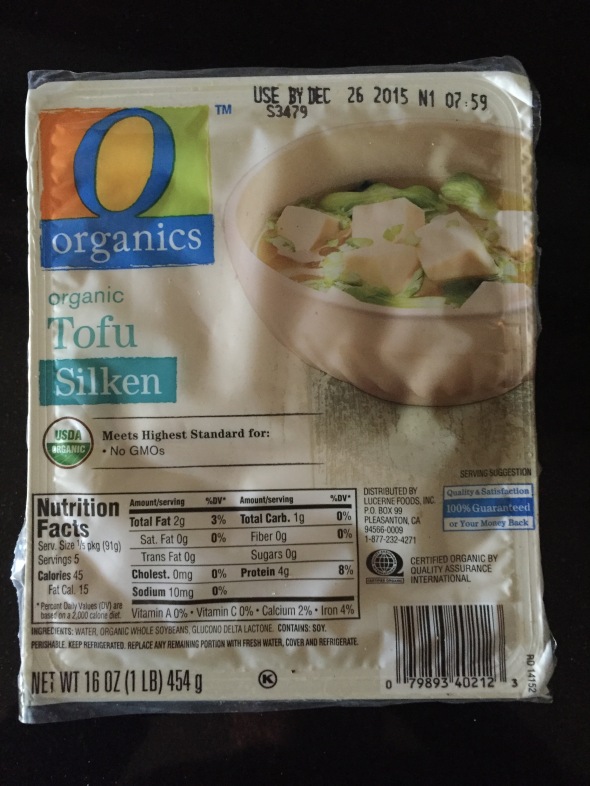 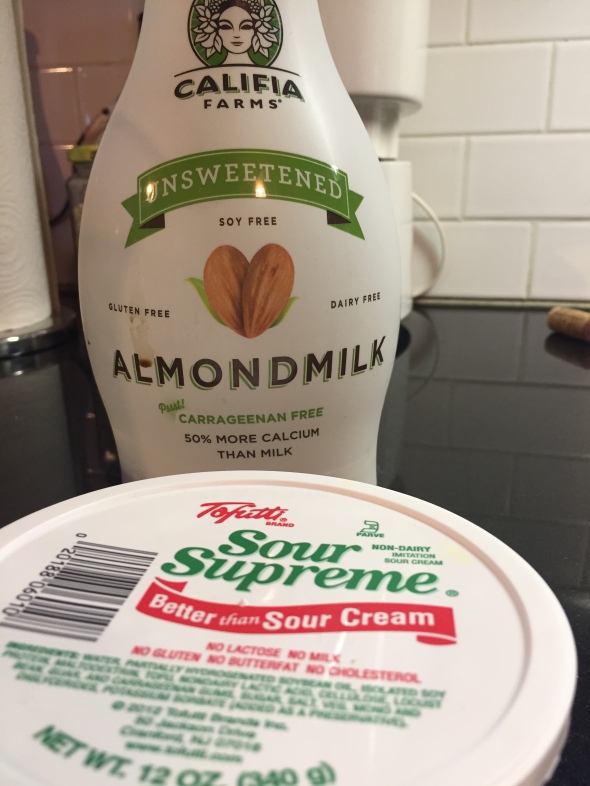 Additionally, I was completely unable to find any kind of vegan heavy cream – so I used 3/4 cup almond milk & 1/4 cup vegan sour cream & I could not be happier with how this cheese turned out.  Non-vegans will never question this cheese.  It looks like mozzarella, has the correct texture & absolutely nothing in the flavor (which is mild) to give it away.  Simple ingredients.  Simple instructions.  Wondrous result!  I promise – you will not regret trying this cheese!  And look how is does on pizza!  I took the flat edge of a knife & pressed it a bit after I took it from the oven & that helped the grated cheese to give up its shape a bit more so that – visually – it looked as melted as it actually was.  It even looks like it is greasy – like real cheese – but it isn’t.  It has to have less calories than real cheese & so much protein from the tofu & calcium from the almond milk – it is tantamount to a health food.  People seldom think of cheese as particularly healthy – but this shit is!  I just cannot say enough about how happy I am with this! 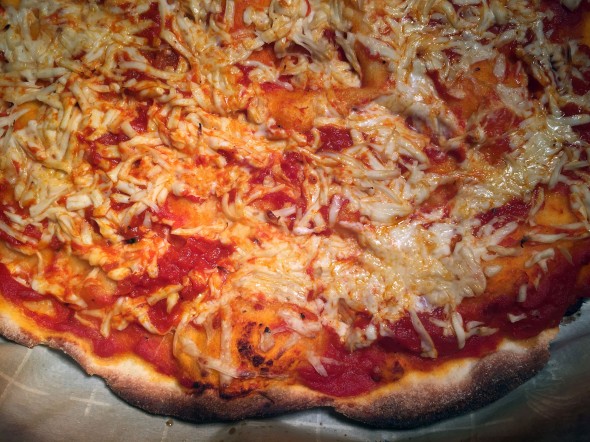 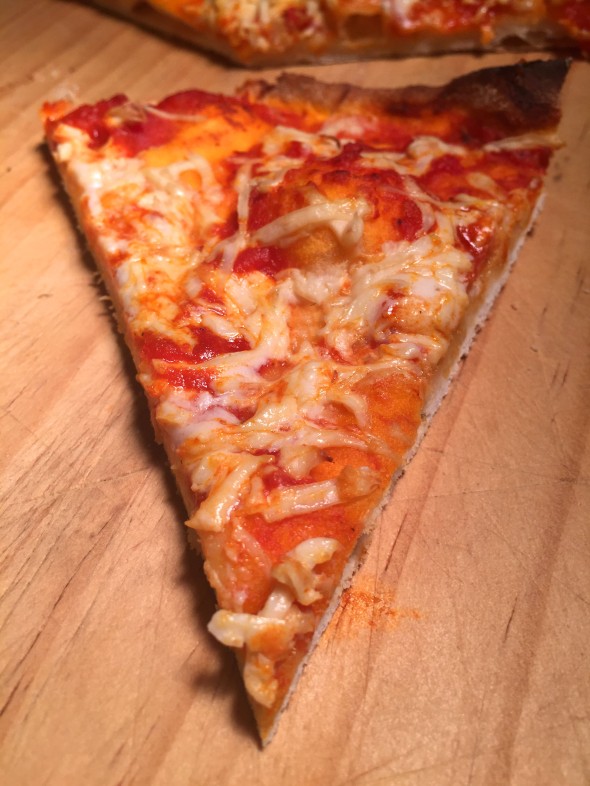 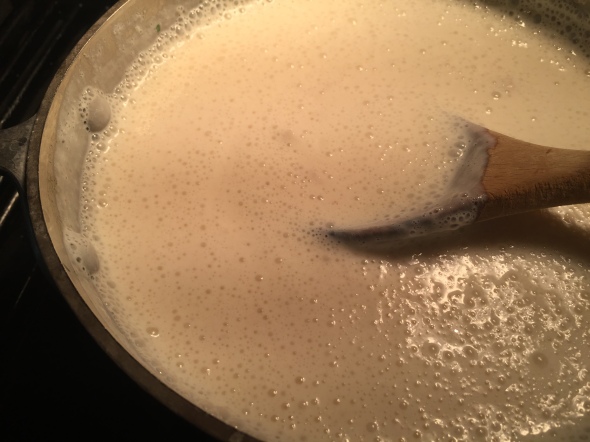 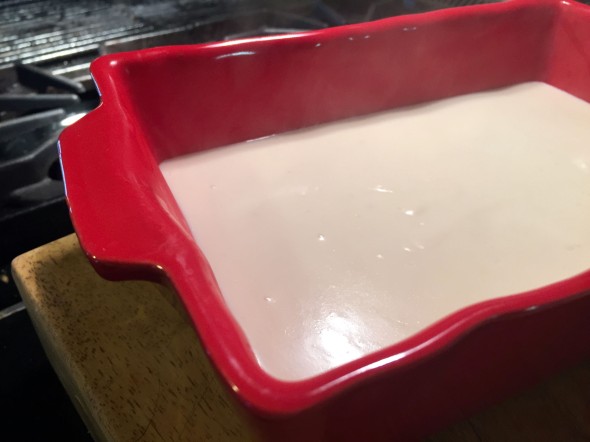 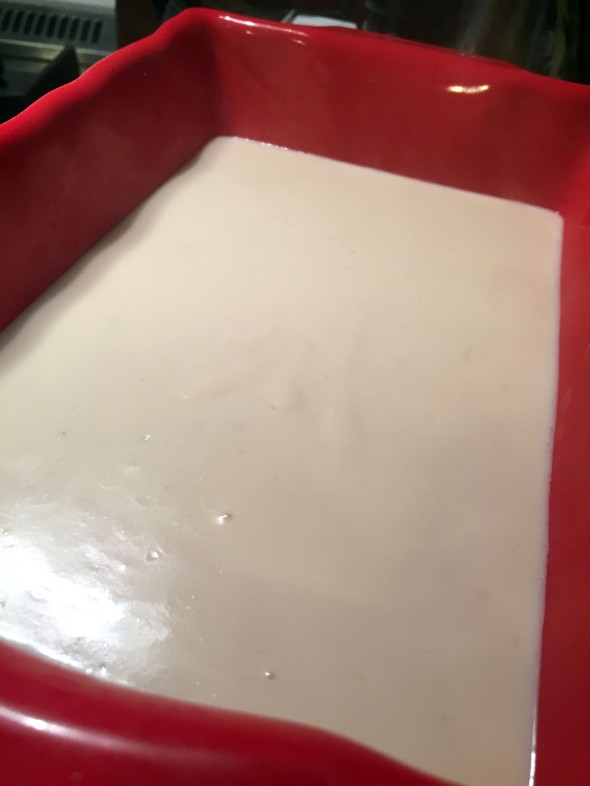 Blend until smooth the tofu, heavy cream, salt, garlic power, and vinegar. Transfer to a small sauce pan and stir in the agar flakes and water. Bring to a boil on medium, stirring frequently. Boil until the agar flakes are almost completely dissolved (about 20 minutes), adding water if necessary so it doesn’t boil down too much.  Pour into a large loaf pan and place in fridge until completely cooled.

When cooled – it just dropped right out of the inverted pan & was ready to devour.  Try it naked.  AWESOME! 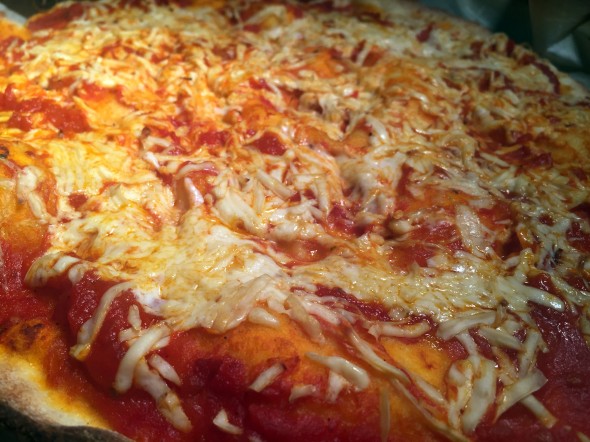 © Christine Elise McCarthy, Delightful-Delicious-Delovely, and Video Vegan 2019. Unauthorized use and/or duplication of this material and use/duplication of any photographs without express and written permission from this blog’s author and/or owner is strictly prohibited. Excerpts and links may be used, provided that full and clear credit is given to Christine Elise McCarthy and Delightful-Delicious-Delovely with appropriate and specific direction to the original content.